Birzeit is considered the most prestigious Palestinian university, with the highest admission average amongst Palestinian universities. In 2012-13, 67% of admitted students scored 85% or higher in the general baccalaureate exam. Birzeit attracts the best Palestinian students, many of whom assume leadership responsibilities in corporate, non-governmental and public sectors after graduation.

Birzeit plays a central role in developing the country’s most valuable resource: the Palestinian people. The University is unique in its liberal atmosphere and history of political activism. The university fosters democratic values and is firmly committed to freedom of thought and expression, intellectual pluralism, and democratic practices.

Our mission is to shape young lives and create hope in a social environment of denial and repression. We are dedicated to developing our students’ intellect by providing a multi-faceted education that is rigorous and engaging. We emphasize the development of character, the building of ethical frameworks, the cultivation of a strong work ethic coupled with creativity. 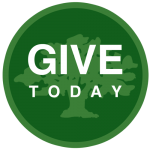